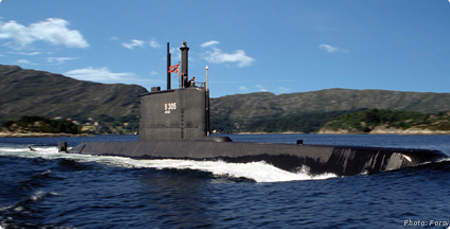 Submarines of the 21st Century face an ever-increasing range of missions. By definition, they have to operate in the challenging conditions of the littorals. As inthe first 100 years of submarine operations, the need to be able to find, track and defeat enemy surface ships and submarines remains paramount.

But in the troubled waters of today’s global security environment, the silent service is called upon to do more, much more. Special forces need to be covertly inserted into potentially hostile territory. Traffickers need to be secretly stalked, and surface forces cued to intercept them, in order to help stop the trade in drugs, arms and illegal immigrants. Expeditionary task forces need to be supported by providing stealthy reconnaissance of potential landing beaches, and by protecting them against underwater and surface threats.

Political and military decision makers at various levels require sensitive intelligence. Lurking offshore, unseen, for weeks, it is often only a submarine that is capable of picking up that one revealing electronic signal or to spot that telltale deployment of coastal missile launcher vehicles.

The key words for the 21st Century comprise: International Operations/Task Forces, Interoperability, ISTAR (Intelligence Surveillance, Target Acquisition, Reconnaissance) and Network Enabled Capabilities.
To do the job, submarine command teams must have the best tools. In particular for dealing with the massive volume of data that is produced by the submarines’ more and more sophisticated sensors.